Austrian-romani artist Ceija Stojka (1933–2013) was a self-taught painter and narrator, and author of a late-blooming literary and pictorial body of work developed from 1986 onwards. Stojka was born into a family of traders who, after the annexation of Austria, were persecuted through the racial National Socialism laws and separated and interned in different concentration camps. In the 1980s, she began to draw on her memories, initially through oral narrations and poems, and subsequently through painting.

Stojka painted on paper and card, employing oils or acrylic materials she applied either with a brush or directly with her fingers, using vivid colours and sharp lines to give her work vibrancy. She often gathered general views of outdoors scenes and rendered accounts in the form of oral narration. Other images distill critical moments in her life and in history, with a repeated use of symbolic motifs such as birds and barbed-wire fences. 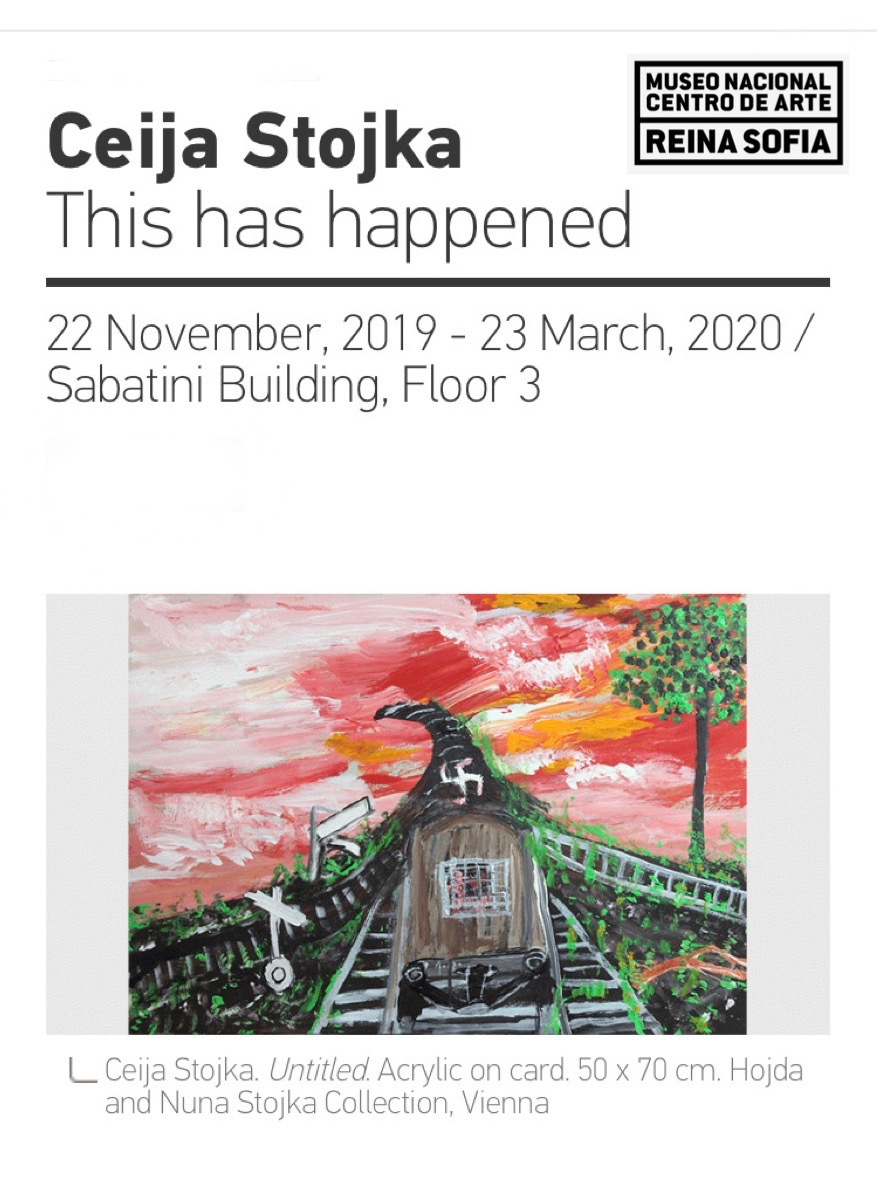