The Pont-Aven Museum presents, in partnership with the Departmental Domain of Kerguéhennec in Morbihan, a temporary exhibition dedicated to the artist Pierre Tal Coat.

Tal Coat is a painter of the School of Paris animated by the research between matter, time, space and color. His work, inspired among others by Brittany, reflects his quest for a metaphysical reality.

This retrospective on the work of Tal Coat is an opportunity to highlight a huge artist too little known to the general public.

In Paris in the years 1925-35, he attended Hemingway, Picabia, Giacometti, Gertrude Stein ... In 1940, he went to Provence in the footsteps of Cezanne. His expression then takes a more concise turn, with compositions built on great rhythms. In 1951, he settled in Forges-les-Bains (91). His exhibitions are proliferating around the world: Paris, London, New York, Berlin, Tokyo, etc.

In 1968, he received the Grand Prix National des Arts. A major retrospective is dedicated to him, in 1976, at the Grand Palais and early 2019 at the Museum of Pont-Aven. 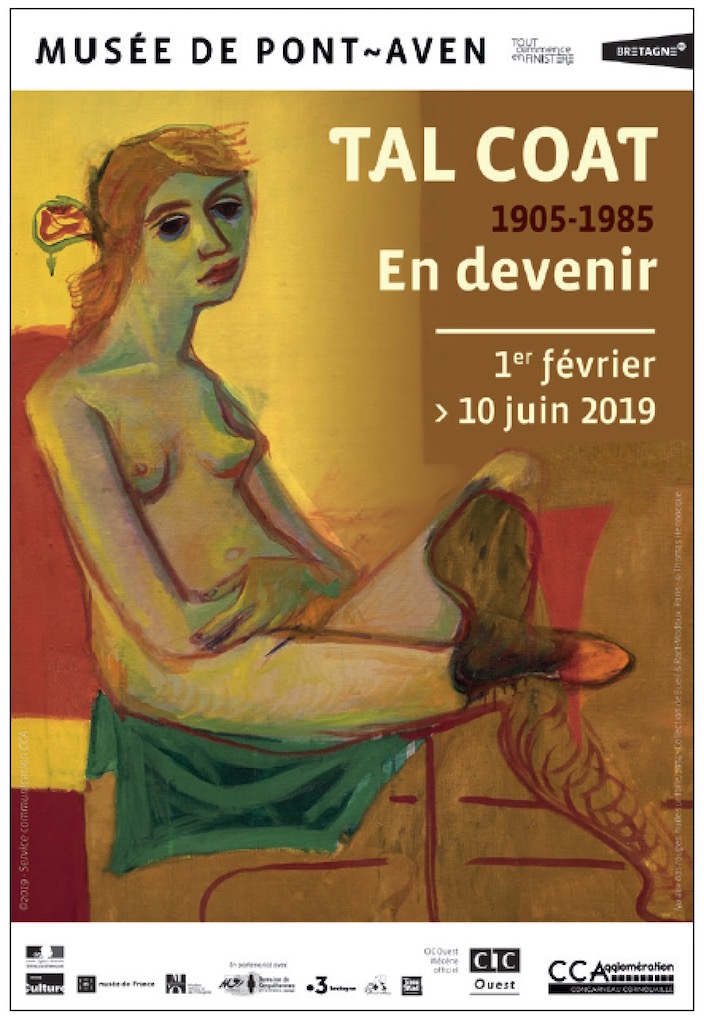