A barbarian in Europe

In the aftermath of the Second World War, this elusive and controversial artist brings into play a radical critique of the art and culture of his time, making ever renewing invention the pillar of creativity and thought. Borrowing from anthropology, folklore, and the field of psychiatry, he pursues the activity of decompartmentalization carried out by the avant-gardes of the inter-war period, blasts the belief in a supposedly primitive art, and opens up new pathways to creativity.

This exhibition shows how Jean Dubuffet interweaves into his painting and writing the research he devoted to what he called "Art Brut". It presents his artistic production in all its diversity, paying particular attention to showing the objects and documents resulting from the "prospections" (field surveys) that he organised by visiting ethnographic and folk art museums, as well as various collections dedicated to "the art of the mentally ill".

After its season at the Mucem in Marseille, the exhibition will then be presented at the IVAM (Institut Valencià d'Art Modern) in Valencia (from 3 October 2019 until 16 February 2020) and the musée d'Ethnographie de Genève (from 8 May 2020 until 3 January 2021). 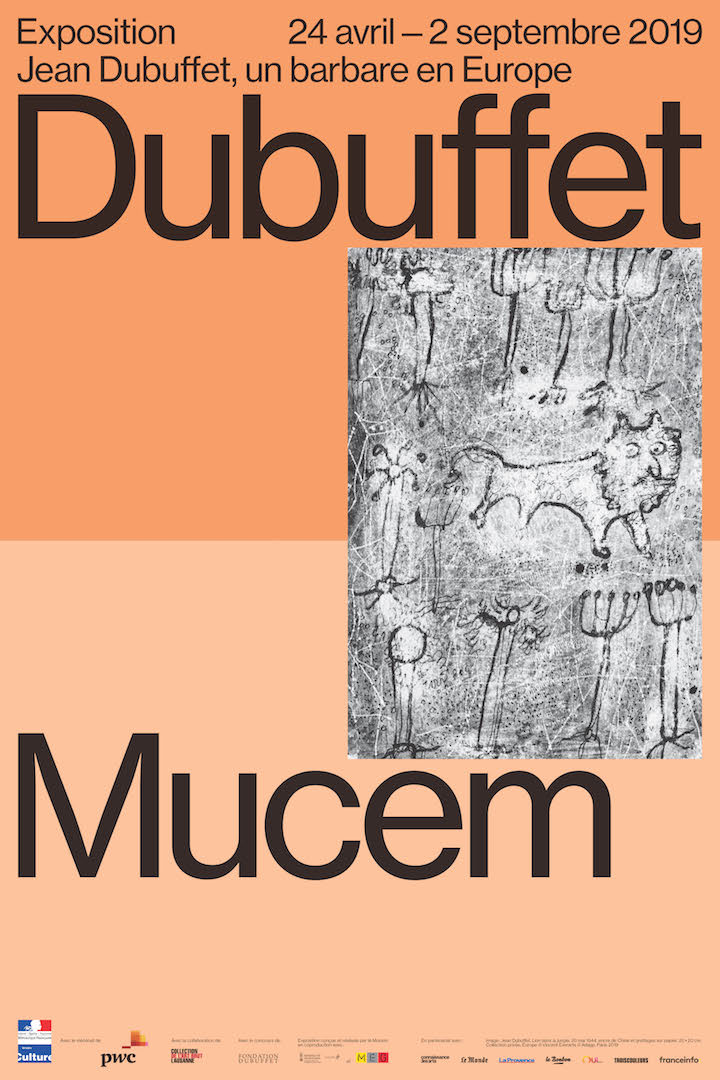