At the dawn of the twentieth century, cinema is as much, if not more, a way of appropriating the world, bodies and representations, as a machine or a medium. A new eminently social and popular outlook, it is the product of an urban culture fascinated by the movement of beings and things and eager to make "modernity" a spectacle.

Not attempting to present a chronology of inventions, the exhibition "Enfin le cinema!" is intentionally synchronic and thematic. It brings French film production from 1895-1907 into a dialogue with the history of the arts, from the invention of photography to the first years of the 20th century, over several major subjects such as the fascination for the spectacle of the city, the desire to record the rhythms of nature, the desire to test and exhibit bodies, the dream of an "augmented" reality by the restitution of color, sound and relief or by the immersion, and finally the taste for history. It ended around 1906-1907 as the duration of the films grew longer, the screenings settled down in theaters and the speeches became institutionalized. The cinematograph becomes the cinema, both a place and a mass leisure.  The exhibition brings together nearly 300 works, objects and films, both anonymous and signed by names well known to the general public, from Pierre Bonnard to Auguste Rodin via Gustave Caillebotte, Loïe Fuller, Léon Gaumont, Jean Léon Gérôme, Alice Guy, Auguste and Louis Lumière, Jules Etienne Marey, Georges Méliès, Claude Monet, Berthe Morisot, Charles Pathé or Henri Rivière. 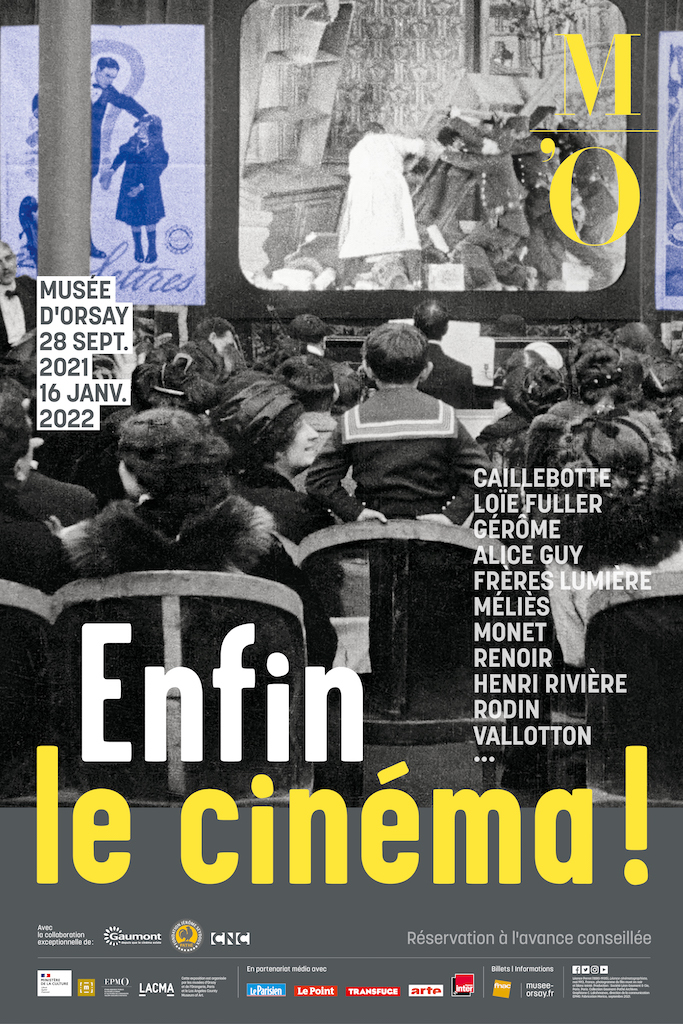