The Promise of the Face

A major figure in the art of the first half of the 20th century, Alexej von Jawlensky (1864 - 1941) remains a relatively unknown artist in France, due to a late interest in expressionism.

Although trained in Russia, Jawlensky maintained close ties with the avant-garde of Western Europe. His stays in Munich, where he met Vassili Kandinsky and Paul Sérusier then Franz Marc and Emil Nolde, his contribution to the Salon d'Automne in 1905, alongside Matisse, his trips to France and Venice then his meeting with Jean Arp and Marie Laurencin in Zurich gave rise to fruitful artistic dialogues, the fruit of reciprocal inspirations and common aesthetic concerns.

The singularity of Jawlensky therefore perhaps stems from his position in between, at the turn of the 19th and 20th centuries, between East and West, between the Fauves and the Expressionists, between a figuration of deeply spiritual aspiration. and abstraction. The route of the exhibition, both chronological and thematic, provides a better understanding of this extraordinary wealth. It offers not only to get to know Jawlensky better, his formal and stylistic specificities, but also to rediscover the artistic proposals and the questions that cross the century.

Retrospective event, this exhibition benefits from loans from the largest museums and private collections including the Center National d'Art et de Culture Georges-Pompidou, the San Francisco Museum of Modern Art, the Long Beach Museum, the Kunstsammlungen Chemnitz, the Zentrum Paul Klee, the Museum Ostwall or the Jawlensky Archive. 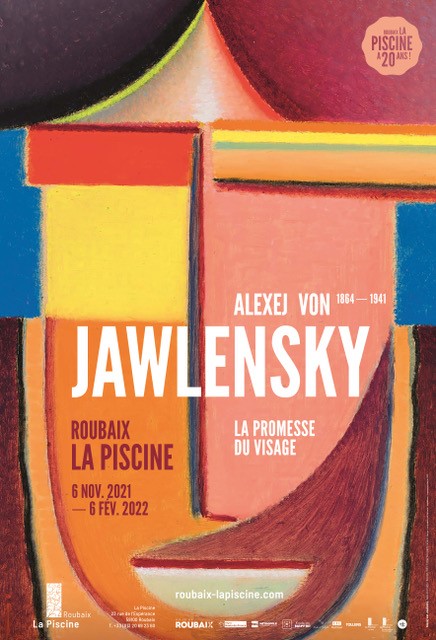